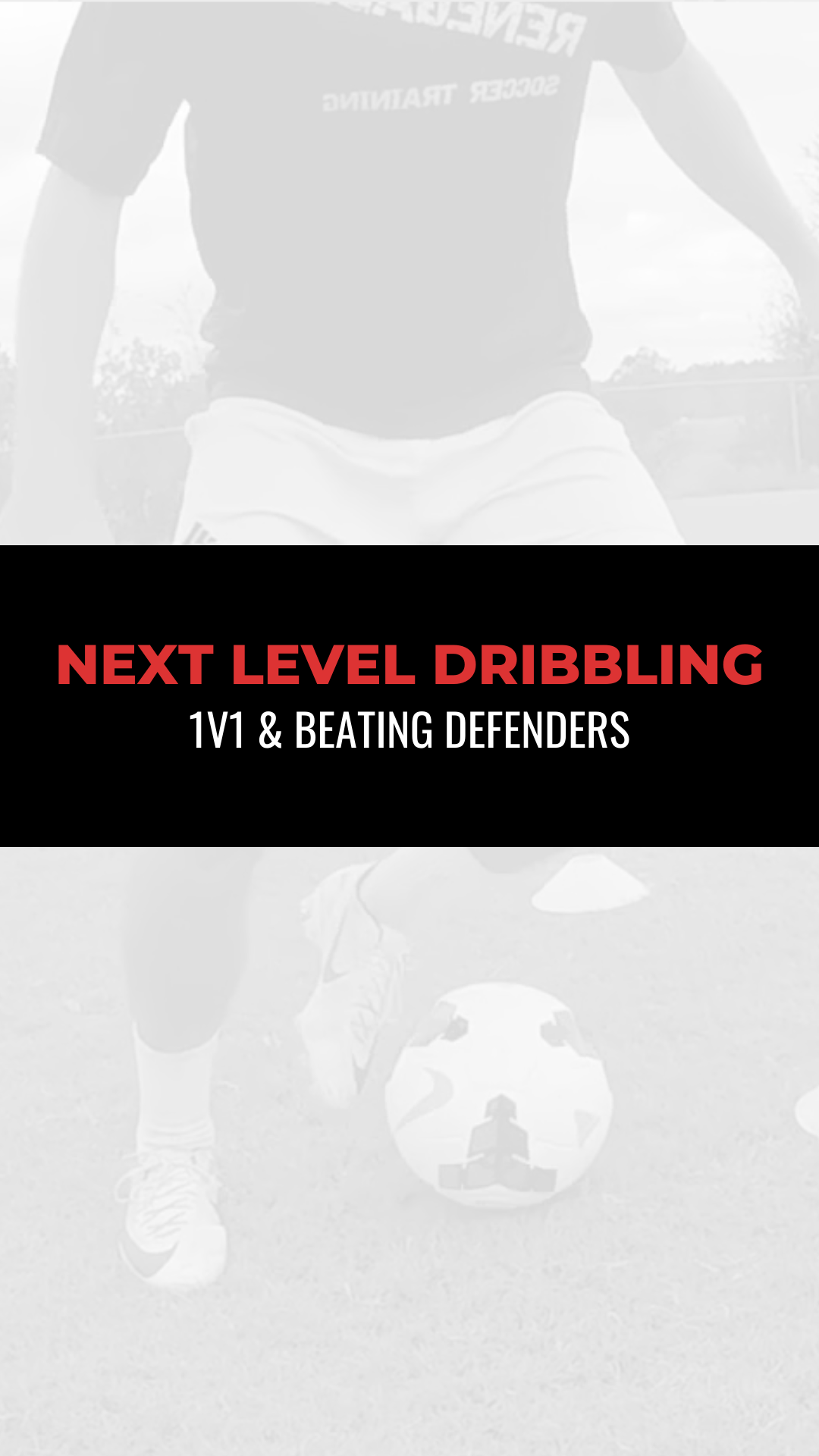 GET AGGRESSIVE & TAKE ON DEFENDES AT HOME!

SAVE WITH SINGLE PAY

ALL OUR PROGRAMS COME WITH OUR

DEVELOP YOUR ABILITY TO TAKE ON DEFENDERS AT HOME!

When you need to take on and beat defenders...Next Level Dribbling is the program you want. Using our unique  "STACK-ATTACK ACCELERATOR" system - we break down the most effective 1v1 moves and build them from the ground up. We start slow and then we add complexity, layering the workouts in a progressive manner which makes mastery simple. These effective 1v1 skills will allow you beat defenders and go to goal.

HERE'S WHAT OTHER'S HAVE TO SAY...

My Daughter is Growing and Maturing in Her Abilities,

I wanted to see how much of an improvement these courses would make. First the discount, but mostly, as my 10 year old made her way through evolution of touch, the difference we saw in her touch, confidence, and ability was amazing. Since completing evolution of touch, I've had parents on her team, and her coaches express how well she's doing in her position, her touch on the ball, confidence, level of play. She went from staring as one of the weakest players on her team to now being one of the strongest players on her team just in a matter of weeks. Repetitive touches, are making these movements look very natural, not forced. With Next Level Dribbling, she's continuing to gain confidence on the field and excelling in games, and against opponents. Yes, I absolutely recommend Next Level Dribbling. My daughter is growing and maturing in her abilities, at a rate that I couldn't attribute to anything but her efforts and commitment in doing this. It has proven to be successful. 10 out of 10.

Would it be everything it said it would? I decided to give it about after I heard the sincerity in Coach JR's voice. I love that I can warm up, work out and cool down. What else could there be? It's the total program. I'm better, faster, more and have confident touch when dribbling and a more decisive strategy to the 1v1 attack. Yes I absolutely recommend Next Level Dribbling to anyone whom is ready to become a better player. Age and ability don't matter. This work out will make you better.

I think my biggest hesitation was simply spending the money in fear that the program would be "below" my level or not advanced enough for me. I think my favorite is how it combines drills that I am already familiar with. Most of the dribbling drills that are in the program I am familiar with which is great, but they combine them in new ways that are really helpful to your dribbling and overall game. I am a small guy, and so I have always prided myself and depended on my dribbling skills. I have always tried to replicate my game to be a right footed Messi or perhaps more like Eden Hazard. Next Level Dribbling helped me realize that my dribbling skills were more along the lines of "average" (and in a couple of the drills, even beginner!) and that I needed to improve my relationship with the ball, and fast, if I wanted to excel and be the player I knew I could be. Next Level Dribbling has been great for me mainly because it has increased my confidence on the ball. I am much less nervous before matches now, and more so excited to show what I can do. I have a tryout with FC Nurnburg in Germany coming up soon, and a large part of what I have to thank is Next Level Dribbling, so thank you! I would recommend it to everyone serious about improving their game. Every soccer player needs thousands of touches a day to improve and this is a great structured way to do that.

A Training Program - Not Just Some Drills

At first I was worried if the program was well thought out, built with a purpose, and would we see results. At the time, my daughters skills and development were stagnant. After two weeks, I really like the fact that it's a training program - not just some drills. So far I can see her more comfortable receiving and turning with the ball. I would 100% recommend this program. 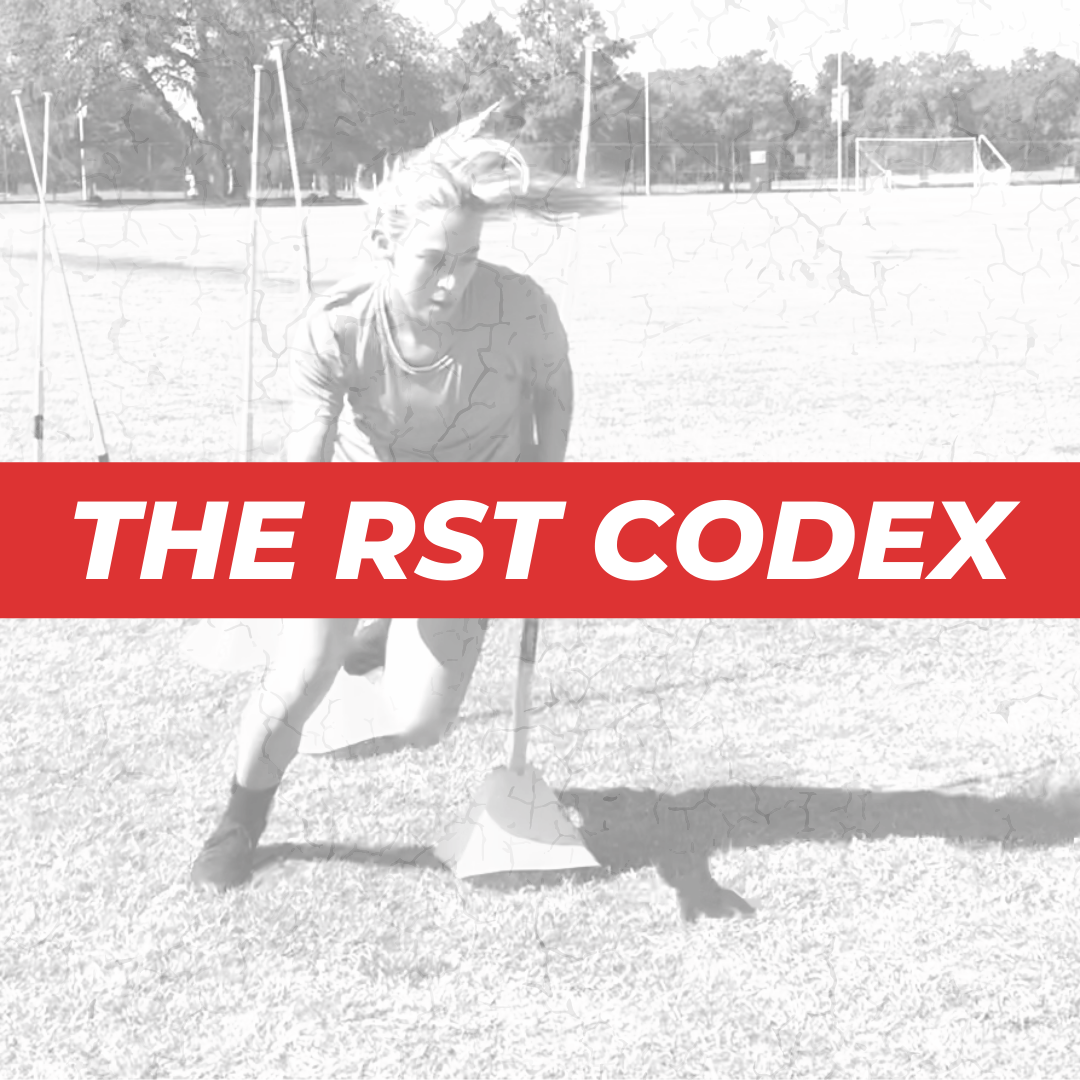 Become a more complete player and apply your skills during the game! The RST Codex is our FREE bonus training library aimed at helping you play with confidence, beat defenders, and go to goal while making you more dynamic and explosive. Your team is really going to notice the difference!

TAKE A LOOK INSIDE:

GET NEXT LEVEL DRIBBLING TODAY! 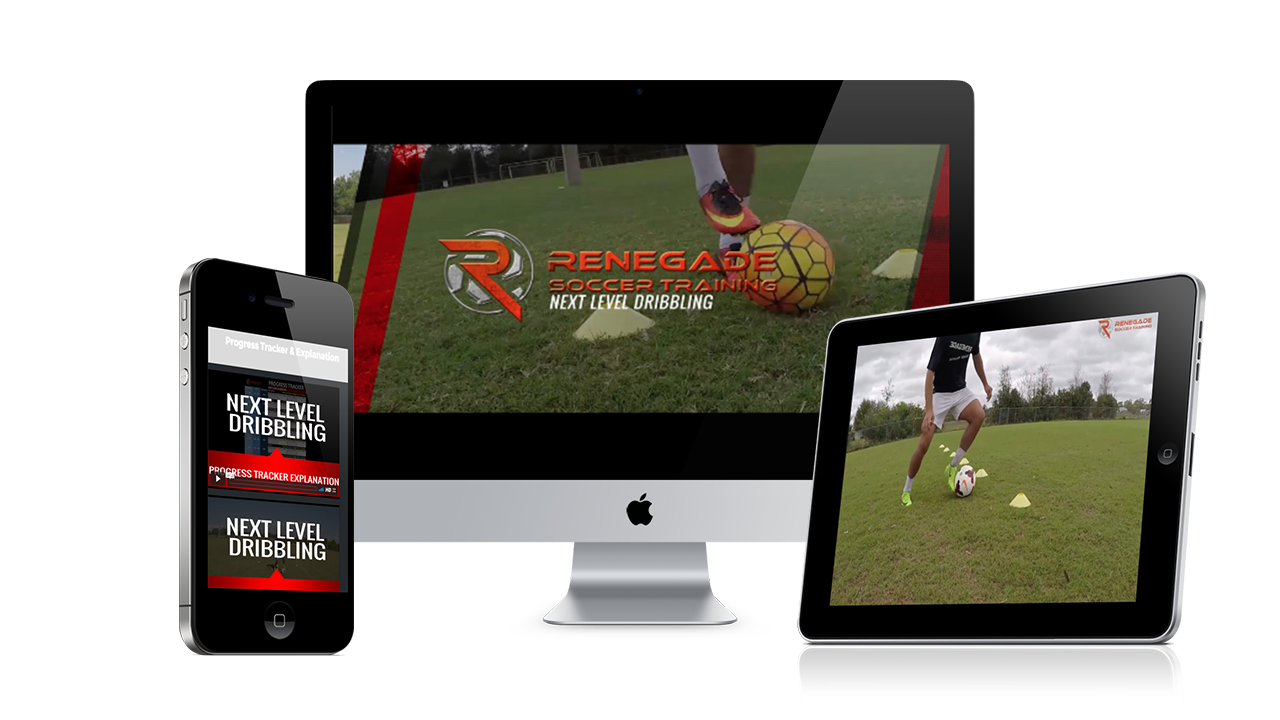 SAVE WITH SINGLE PAY

ALL OUR PROGRAMS COME WITH OUR

We totally expect you to love this program but if you feel different, just shoot us an email within 30 days and we'll refund you. 100% Risk FREE! No Questions Asked!

What Exactly Do I Get With The Next Level Dribbling Training System?

This is more than just a workout plan. This is a complete step-by-step 60-day system. You instantly get access to your daily workouts, featuring over 20 "Push Play & Train" workout which make it easy for you to get awesome results, as well as an warm up and cool down sessions, a progress tracker to measure your improvement, and a scorecard. All workouts are designed to be done in a tight space at home with limited equipment - all you need is a ball and 20 minutes out of your day, making it the perfect way to build skills at home! All of this is accessed through our online training portal where you follow along daily and track your progress.

What Equipment Do I Need For This Program?

The bare minimum! In fact, you may already have everything you need to turn this program into an at home training sessions. Just a soccer ball and a small space (We recommend a 10'x10' grid). Of course, if you have access to specialized equipment, you have more than enough to perform this training program.

Every one of your workouts can be accessed through your phone, smart TV, computer or tablet wherever you are...whenever you want! No more waiting for a DVD to come through the mail. Simplicity and easy access are key to the success of the Next Level Dribbling program. At this time, we do not allow for our videos to be downloaded however this will be a feature available Fall 2021.

I'm Just A Beginner. Will This Be Too Much For Me?

No. This program was designed for beginner soccer players. Every workout includes step by step instruction and coaching so there is no guesswork.

Can I Still Go To Practice?

Absolutely! Renegade Soccer Training understands you have a life and that time is very important. Which is why we keep our workouts 15-20 minutes long. So you can get in and out, get amazing results, and still have time for anything else you have to do. Our training programs are meant to be "in addition to" your soccer practice. We understand you may or may not be getting the correct training at practice but technical development is something you can totally control. Which is why we aim to create systems that allow you to do that at home in a short amount of time.

Showed My Son Areas He Needed to Improve

We really want to learn and master Evolution of Touch before trying Next Level Dribbling however we liked the ultimate dribbling video on YouTube. My son and I like the intro of what is coming up for the next sequence. It showed my son he has areas he needs to work on to improve. I have recommended it to the other dads on my sons soccer team.

Originally I was worried about the price however my experience with past RST programs made me confident in my decision. Not only that but the reviews where pretty great. I love how each workout has a preview in slo-mo of the upcoming drills so that I can understand what it is I'm about to do. I def have more confidence, agility and stamina. 100% would recommend.

Comfortable When I Pace While Dribbling The Ball

I purchased Next Level Dribbling to get better at my first touch, dribbling, passing, and general workout plan so that I no longer feel bored. I love how it's schedule. Every single day I know what I should do, variety of lessons, I have someone to practice with though the video. The videos tell me what to do and motivates me a lot. Inside outside stationary, rolling the the ball over, inside only, outside only, inside dribbling stationary ( on side left to inside right). I feel comfortable when I pace while dribbling the ball.

You Can Do The Program Anywhere!

Would it be a program that my daughter would stick with? I got an email about a valentines sale and thought it was a great deal and the timing was also good. I really enjoyed the fact that you can do the program anywhere... I also think it’s easy to comprehend the moves being taught. Yes I definitely recommend. I’ve talked to other parents about it, as well as coaches. The customer service has been great!

Helped Her Figure Out How to Apply in A Game Setting

Like many, I was worried this was just another gimmick. A friend of mine strongly suggested it so we thought we would give it a try. It doesn't take a long time to do and you can see where the moves are building up on each other and how you would apply that in a game. I bought it for my nine-year-old and she has been able to keep up with it just fine. I definitely see better ball control and she knew a lot of trick moves but didn't know how to use them and this has helped her figure out how to apply them in a game setting. I would definitely recommend this to her teammates. I would also recommend it to any one that has a child that is definitely dedicated and willing to work hard towards their goals!

My Confidence to Take on Opponents Has Improved!

Like most people, I wondered if any online training system could be effective. After reading your commentary about what is required for serious soccer players to get to the next level and that just attending practice, even if 3+ days a week, wasn't enough convinced me to try it. I love the fact that it is very easy to implement and follow. The drills are very easy to follow. I felt that my footwork was always a strength but I realize now that it was a little sloppy. Not only have my touches been better and I've added some moves to my game, my confidence to take on opponents has improved. I recommend Next Level Dribbling to any player. They can use the system at whatever their skill level is. You can always improve, 10 out of 10!